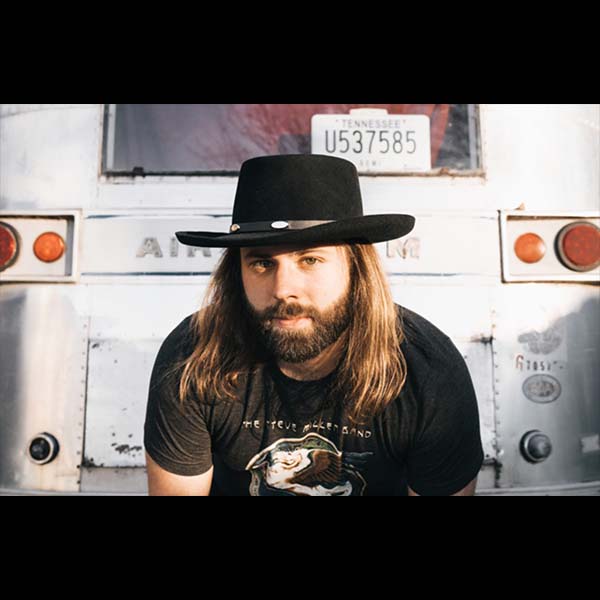 With the fuel of both Southern rock and country music influences pumping through his veins, it’s no surprise that Sea Gayle Music’s CJ Solar is a natural at fusing the two worlds. Combine that with Delta blues, compliments of a childhood spent in Cajun country, and you’ve got one badass up-and-comer, with the pure musical talent and vocal chops to back him up. Already turning heads throughout Nashville, Baton Rouge and beyond, having been named one of the“New Artists You Need To Know” by Rolling Stone Country, Solar says the driving force behind his untimely success isn’t fame nor fortune – it’s just a diehard infatuation with the music he grew up on.
Solar’s new release, the five song Get Away With It, is set for release April 13 on Sea Gayle Records. The first single, “Airplane,” is taking off – literally – at country radio and is already his highest charting single to date. CJ’s distinctive vocals anchor every tune, which he co-wrote with the likes of Bob DiPiero, Rick Huckaby, Michael Hardy, Jake Mitchell, Travis Denning, Chris Stevens, Westin Davis, Derek Sutherland and Andrew DeRoberts. CJ again collaborated with Brent Anderson to produce the new collection.
Get Away With It follows Solar’s critically-acclaimed debut 2016 EP, Hard One toTurn Down. Critics at The Daily Country wrote, “Solar injects a hefty (and welcome) dose of Southern rock into his country, which melds perfectly with hisgravelly vocals.” Country Music Rocks was “immediately captivated by all five songs and hoped that [the EP] obtains the recognition it deserves.” The Rowdy found it “exactly what country fans are looking to savor.” And The Shotgun Seat welcomed Hard One to Turn Down as “the perfect pairing of country storytelling and rocking rhythms, married by his dynamic vocals” and named him one of their “17 to Watch in 17.
”The EP’s debut single, “Tallboy,” has garnered over two million streams on Spotify and the music video hit #1 on the fan-voted CMT 12 Pack Countdown after spending 13 weeks in the countdown. The followup single, “Just AnotherDay in the Country,” was one of the fastest rising and highest charting debut singles for a independent artist.
As a songwriter, October of 2017 couldn’t have been a better month for Solar. Jerrod Niemann’s new Curb Records album was released the first week of the month and included “The Regulars,” a song co-written by Solar. Jerrod also released the Solar co-written “Blue Bandana” as a single two years ago. Morgan Wallen’s “Up Down” hit featuring Florida Georgia line was released a week later – another Solar co-write. That was followed by releases by two Texas artists at the end of the month – “Damn Good Goodbye” on Mike Ryan’s new album and KylePark’s single, “What the Heaven,” which hit #1 on the Texas chart in February. CJ also wrote “Between You & Me” on Justin Moore’s current album.
When not out touring the country headlining his own shows and opening for such artists as The Cadillac Three, Old Dominion and others, he continues to write and record. A road warrior at heart, CJ recently received news that Lynyrd Skynyrd asked him to open select dates on their “Last of the Street Survivors Farewell Tour” with 38 Special and Hank Williams, Jr.
“I just want to write songs that say something that really means something. I want to ride around in a van, tour the country, and play songs with my buds. Everything I do in music, I want to do it for the love of the music and the sake of the song,” he adds.
www.CJSOLAR.com